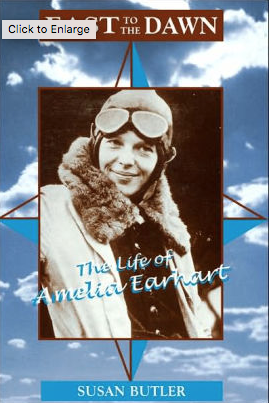 Roosevelt and Stalin, Portrait of a Partnership

President Roosevelt and Marshal Stalin were more than allies of convenience in World War II, they were partners, and, sharing the same outlook for the postwar world, they became friends of a sort. Roosevelt and Stalin, Portrait of a Partnership reassesses the relationship of these two world leaders for the first time.

Two elements have combined to prevent a prior reassessment of their relationship. First, the crimes Stalin committed against his own people have obscured his critical contribution to the war, and to the peace. Second, Churchill’s account of World War II downgraded Stalin’s role, and his relationship to Roosevelt. Churchill was the master historian of the age, but he wrote history not as it happened but as how he wanted it to be seen. “History will be kind to me,” he said to an associate during the war, “for I intend to write it.”

"We owe a debt to Susan Butler, who has brought together for the first time the entire extent run of Roosevelt's and Stalin's letters It is a remarkable set of historical documents."
--The New York Sun

East to the Dawn: The Life of Amelia Earhart

"The single best book that we now have on Earhart's life."
-- Washington Post Book World.
“Of the dozen or so books (mostly wild fantasies) that I have read about Amelia Earhart, Susan Butler’s is the only one which re-creates accurately that singular woman whom my father was in love with, as indeed was I, aged ten, when the lady vanished.”
--Gore Vidal
An Alternate Book-of-the-Month Club Choice. Republished in 2009.
Loading…}